6 Conception Myths Busted! What are the Facts? 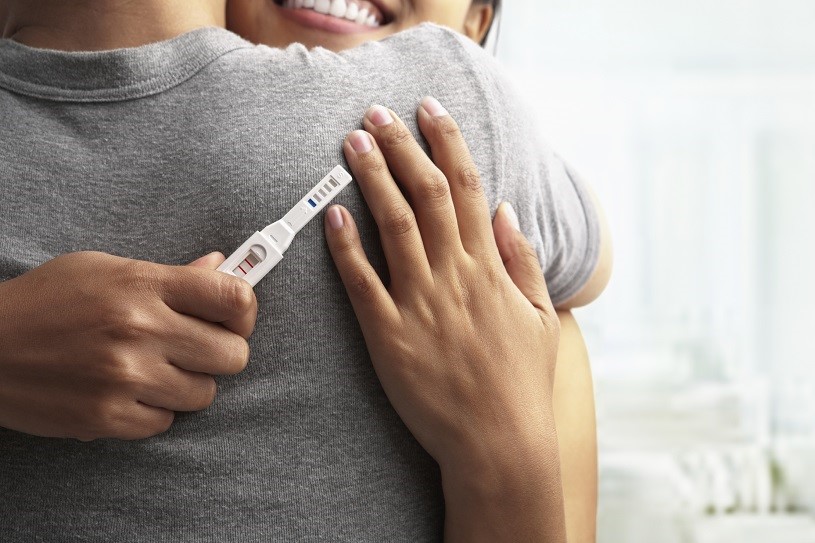 When it comes to making a baby, there is no shortage of old wives’ tales, hearsay, and Internet fodder on how to do it right. The problem is that many of the theories on getting pregnant are not necessarily based in fact, which leads to a lot of misconceptions about conception. If you’re hoping to up your odds of getting pregnant and you’d like to know which conception myths you should consider and which ones you should disregard, check out this list for the real truth.

Conception myth 1 : Lying on your back with your hips elevated for 20 minutes after sex will help you conceive.

Why it’s supposed to help: Gravity will help sperm work their magic. Lying in this position post-sex (some people suggest putting a pillow underneath your bottom to tilt your pelvis up) could help sperm move in the direction they need to go

The facts: There’s no scientific proof that this will increase your odds of conceiving. After all, every ejaculation contains millions of sperm, so plenty of the speedy swimmers should be able to make their way to the fallopian tubes even if you jump around right after sex. But some experts (and common sense) say that staying in bed for a little while after intercourse will help keep semen from leaking out of the vagina — and maybe, just maybe, help ensure that every last sperm gets a fighting chance at the prize. So if you feel like you’re helping to spur things along by staying supine, make yourself comfy. But if you haven’t got time to stay horizontal after sex, don’t stress.

Why it’s supposed to help: Some cough syrups contain an ingredient called guaifenesin that helps thin the mucus in your lungs. Guaifenesin could also thin other mucus in your body — namely cervical mucus — and make it easier for sperm to reach the egg.

The facts: There isn’t a lot of medical research to back this one up, but guaifenesin has actually been prescribed to help treat infertility that’s caused by thick cervical mucus. So while this remedy is by no means a surefire conception-booster for everyone, if you’re having trouble conceiving, it may be worth asking your practitioner about guaifenesin.

Why it’s supposed to help: Mucus-like substances help sperm travel toward the fallopian tubes and get to the egg in waiting.

The facts: While mucus is crucial in getting sperm moving toward the finish line, not just any mucus will do — your own natural cervical mucus is your best bet when trying to conceive. Most lubricants — even saliva — can interfere with your cervical mucus, alter the pH in your vaginal tract (making it inhospitable to sperm), and even kill off stalwart swimmers. If you really need some extra lubrication during sex (a common need when you’re more focused on baby making than lovemaking), there are a few brands of lubricants that are supposed to be safe for sperm. Check them out at the drugstore or ask your practitioner to recommend one.

Why it’s supposed to help: Positions that allow for deep penetration may land the sperm closer to the cervix, giving them a better shot at making it to the egg.

The facts: While there aren’t any studies to back this up, some experts suggest that deep penetration (which is possible from a rear-entry position or from the man-on-top missionary position) may help get the sperm closer to the cervix, and hence, to their goal. That said, your cervical mucus — regardless of the sexual position you use — should be enough to move your man’s boys toward the egg. So if you’re not a fan of certain sex positions, just go with what feels right to you. If sex feels good, you’re more likely to do it!

Why it’s supposed to help: Green tea is loaded with potent polyphenols (which have antioxidant properties) that help prevent cellular damage to reproductive organs and may make eggs more viable.

The facts: There is some research linking green tea to increased fertility. Plus, because green tea has less caffeine than black tea or coffee, going green could help you limit your caffeine intake when trying to conceive — which is always a smart move since excessive caffeine is a fertility buster. On the other hand, large amounts of green tea seem to decrease the effectiveness of folic acid — a crucial nutrient during your baby prep since it’s vital to fetal development. So if you’d like to give green a chance, go for it, but play it safe and stick with one cup a day.

Conception myth 6: A woman needs to have an orgasm in order to conceive.

Why it’s supposed to help: The uterine contractions caused by an orgasm may help propel the sperm into the cervix and toward the fallopian tubes.

The facts: While an orgasm can never be a bad thing, and it may in fact help move sperm in the direction of the egg, you don’t need your Os in order to conceive. But wouldn’t it be nice if you did? That would certainly give your man some extra incentive to work harder! Some research does suggest that your orgasm increases alkaline secretions in the vaginal tract, which may favor boy sperm. So if your guy can’t wait to bust out the toy trucks and footballs, maybe the hope of a boy baby will inspire him to help you reach the big O!