What exactly is a healthy fertility diet. 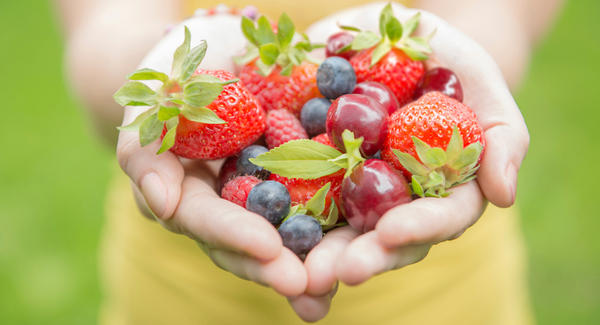 Foods and fertility are linked. If you and your partner stick to a healthy, balanced diet, you may be able to boost your chances of conceiving.

So, what is a healthy diet? A healthy diet simply means eating a balanced variety of foods. Try to include the following:

Try to have something containing vitamin C, such as a glass of fruit juice, with iron-rich meals. This can help you to absorb iron from non-meat sources.

Make cakes, pastries, fizzy drinks and some takeaway and fast foods an occasional treat. These tend to be high in fat, sugar and salt. They may fill you up, but they aren’t usually nutritious.

The government’s eatwell plate is a useful visual guide to the proportion of each food group that should make up your daily diet.

If you’re wondering when you should start to improve your diet, there’s no time like the present. A healthy diet is important both before and during pregnancy.

What about my weight?

Try to get as close as possible to your recommended weight before trying for a baby. Ideally, your body mass index (BMI) should be between 18.5 and 25.

Being overweight or underweight can reduce your chances of conceiving, because you may ovulate less often. But there are other good reasons for getting to a healthy weight before you begin trying for a baby.

Being underweight before conceiving is linked to an increased risk of having a baby with a low birth weight or who is small-for-dates. Your GP may refer you to a dietitian who will be able to advise you about the best ways to gain weight.

Being overweight before conceiving has been linked to increased risk of complications once you’re pregnant. Dieting during pregnancy is not recommended, so now’s a great time to start making healthy eating choices that you can stick to once you do conceive. Talk to your GP if you need advice about changing your diet or starting exercise. Aim to lose no more than between 0.5kg (1lb) and 1kg (2lb) a week.
Exercise is important, too. If you build it into your daily routine, perhaps walking briskly to work, getting off the bus one stop earlier, or taking the stairs, it will be more achievable.

Joining a group can help you to stay motivated to lose weight and keep it off. You’ll be offered regular advice on exercise and diet, as well as support from others.

If you are overweight and are trying to eat more healthily:

Do I need a vitamin supplement?

Vitamin supplements are not a substitute for eating well, but may help if you’re finding it hard to have a varied diet.

However, there is one daily supplement you should certainly take as soon as you stop using contraception until you’re 12 weeks pregnant, and that’s folic acid.

Folic acid protects an unborn baby against the risk of spina bifida and other neural tube birth defects.

You’ll need a daily supplement of 400 micrograms (mcg) of folic acid. If you’re taking a multivitamin supplement that already contains 400mcg of folic acid, you won’t need a separate folic acid supplement. Check the packet or ask your pharmacist if you are unsure.
You should take a higher daily dose (5mg) of folic acid if:

See your doctor if any of these apply to you, as you’ll need a prescription for a 5mg dose.

You may also want to take a 10mcg daily supplement of vitamin D. Some women have low levels of this due to their skin colour or where they live in the UK. If you’re taking an antenatal multivitamin, vitamin D may be included, so check the label.

Some over-the-counter supplements may contain large doses of vitamins and minerals which could be harmful to a developing baby. Only take a vitamin supplement tailored to women who are trying to conceive or who are pregnant. The supplement should not contain the retinol form of vitamin A or fish liver oil.

Should I cut back on alcohol yet?

Although there is evidence that heavy drinking can affect semen quality, experts are not sure whether alcohol affects female fertility. However, drinking can be harmful to a developing baby, particularly in the first trimester. The government therefore recommends that women should stop drinking alcohol when trying for a baby.

If you do choose to drink, remember that the more you drink, the more dangerous it is for your baby. You shouldn’t have more than one or two units of alcohol, once or twice a week.

A unit is half a pint of standard-strength beer, lager or cider, or a 25ml measure of spirit. But keep in mind that many beers and ciders are stronger than this. A small glass of wine is about 1.5 units and alcopops are about 1.5 units.

If cutting down is proving difficult for you, ask your doctor for advice.

Will caffeine make it harder for me to conceive?

There’s no clear evidence that caffeine causes fertility problems if you are trying for a baby naturally, but it could affect your chance of success if you are having IVF .

Bear in mind that the government advises pregnant women to limit their intake of caffeine. If you have a caffeine habit, it could be worth weaning yourself off it now.

So, how much is too much? 200mg of caffeine is roughly equivalent to:

The caffeine content of espressos, and coffees based on espressos, such as cappuccinos and lattes, can depend on the outlet. One study found that caffeine levels can range from 50mg per espresso at one chain to as much as 300mg per espresso in another.

Some cold and flu remedies also contain caffeine. Always check the label, and ask your pharmacist if you’re not sure.

Is there anything I need to be careful about eating or drinking?

Some supplements contain retinol because they use fish liver oil, so these should also be avoided. Too much retinol in your body once you’re pregnant could harm your baby.

Eat no more than two portions a week of oily fish a week. Oily fish include mackerel, sardines, salmon, trout, fresh tuna, pilchards, kippers and herring. The reason for the two-portion limit is that oily fish may contain pollutants, such as dioxins and PCBs (polychlorinated biphenyls). These build up in your body over a long period.

Soft, mould-ripened, or blue-veined cheese such as brie, camembert or Danish blue, are off limits too. Along with pate, eating these may increase your risk of developing listeriosis.